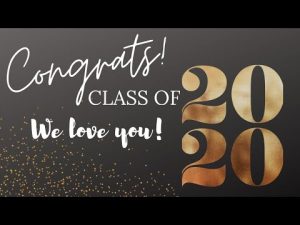 Graduation is being celebrated by many, but one special group hasn’t been able to show Marjory Stoneman Douglas High School Seniors how much they mean to them– until now.

Therapy dogs have had a large presence on campus since the horrific tragedy on February 14, 2018.

According to Lori Bale of Canine Assisted Therapy, the organizations work with the Broward County school district on what the needs are. Sometimes, they visit MSD on Therapy dog Thursdays, and other times, they want an extra presence for occasions like code red drills, and the commemoration of the tragedy.

Currently, the dogs can only be seen on virtual visits, which is why their handlers want the seniors to know they haven’t forgotten about graduation.

“The graduates at MSD have been through so much, and we didn’t feel like they got the year they deserved,” said Bale, “We just wanted to do something to congratulate them and tell them we love them.”

She spoke to fellow volunteer Donna Levy, from Share-A-Pet, to brainstorm how they could support the senior class with everything going on, and they decided to put together a zoom to seek advice from the other handlers.

On the call, Tiffany Aaron, who handles therapy animal “Patches the pig,” volunteered her daughter Emily, a Cooper City rising senior, to put together a video.

Emily, who is also mom to Lulu, a former greyhound racer with only three legs, received photos from each of the handlers, and put together a congratulatory video featuring each of the therapy dogs with heartfelt messages.

They wanted the video to focus on the graduates, so they kept the dog handlers out of the pictures, and just showed the animals, some students, and school staff.

Principal Michelle Kefford sent the video out through social media.

“We just want to make sure we get it out there, and all the seniors see it,” said Bale, “On behalf of the therapy dogs, “Fly high Eagles, we will miss you! Congratulations, MSD Class of 2020.”