A plan for your animals 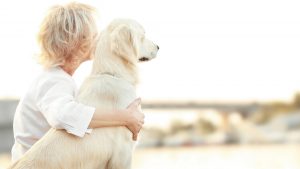 Even with everything going on in the world right now, a lot of people are still putting off creating a plan for if they should become incapable of taking care of their animals. In 2019, a survey of 2,000 Americans conducted by OnePoll on behalf of Brookdale Senior Living found that three out of every five American adults do not have a will. Their numbers fall in line with other surveys conducted over the years. Do you have a plan for what happens if you die? Creating a plan for your animals in case you are unable to take care of them is often overlooked. Who will take care of your pet or Service Dog? Learn how to create a plan for your animals if you become unable to care for them. Some will their dogs to loved ones, some drop them off at the local pound, and some people leave money in trust for their animals upon their passing, which provides for the monetary needs for care of their partner until they pass also.

One of my closest friends seemed to have a plan. He set up final wishes for his fully-trained aging Service Dog and his Service Dog in Training. However, when he suddenly died, his dogs were listed on Craig’s List, free to a good home, due to a situation beyond our control. Luckily, they were scooped up by a rescue. That was a terrible time for all of us left behind. Prior planning isn’t just for the person that’s passing, in fact, it’s mostly for those left behind, to ease the awful truth that you have passed.

While we all know that final planning is a difficult and uncomfortable topic, final planning or the lack there of, on our parts, will be used or missed upon our inevitable passing. If you don’t have a current plan, a will, you’re not alone. T This being said, do you have any plan for your loved pets and/or Service Dog? Is your plan viable? What happens if “Plan A” falls through?

The laws governing wills vary from state to state. If you aren’t familiar with them, consider consulting a knowledgeable lawyer or estate planner in your area. Before you do, brush up on these 10 things you should know about writing a will.