Animal shelter runs out of dogs 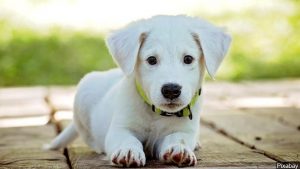 A Chicago animal control service has completely run out of adoptable dogs for the first time ever, amid the COVID-19 pandemic.

The Chicago Animal Care and Control says the last two available dogs, Penn and Alley, were adopted this week. While there are other dogs at the shelter, they are not for direct adoption yet, the shelter says.

“This will change and new dogs will be available depending on what comes in, but we just wanted to thank everyone who stepped up to adopt over the last few weeks. We are amazed at the outpouring of people wanting to help during this time,” Chicago Animal Care and Control wrote on Facebook.

This comes as foster and adoption interest booms in the U.S., as many people want a furry dog or cat to spend time with while being quarantined, and perhaps, an excuse to spend more time walking outside in the great outdoors.