Can your pet catch the coronavirus? 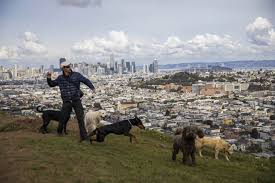 A new study exploring whether household pets can contract the new coronavirus poses some grim news for cat lovers, but one thing is clear: There’s no evidence suggesting your pet can become very ill or die as a result of the virus. As cases of Covid-19, the disease caused by the new coronavirus, impact health systems and patients around the world, some people have reported cases of the disease in animals. Hong Kong, for instance, reported two cases of positive tests results in dogs. And one cat in Belgium was determined to be positive for Covid-19 after its owner also tested positive for the disease. The researchers assessed the animals at intervals post-exposure to determine their susceptibility to the virus. The researchers also placed some of the infected animals in cages next to uninfected animals of the same species to determine whether they could infect each other.

However, none of the infected cats showed any signs of illness, according to the study.

The study also found that ferrets are “efficient” replicators of the virus. “SARS-CoV-2 can replicate in the upper respiratory tract of ferrets for up to eight days, without causing severe disease or death,” the researchers wrote in the study. However, the infected ferrets didn’t show any symptoms of an infection, the researchers said.

The researchers concluded that the results imply the virus can be transmitted between cats through respiratory droplets.

However, health experts said it is still highly unlikely that a person’s pet cat or ferret—the animals that are susceptible to the virus themselves—will become infected or critically ill as a result. Veterinary specialists added the scenarios in the study do not reflect how the virus would be transmitted in real life, considering animals will likely never be exposed to such a high level of the virus.

“That’s a whole lot more than an average human would get,” said William Schaffner, a professor of preventative medicine and infectious disease at Vanderbilt University School of Medicine. “This is an artificial circumstance and we don’t know that it happens in nature at all.”

The study also does not include any evidence that the virus can pass between pets and humans, experts explained.

“While [two] dogs (Hong Kong) and [one] cat (Belgium) have been reported to have been infected with SARS-CoV-2, infectious disease experts and multiple international and domestic human and animal health organizations agree there is no evidence at this point to indicate that pets spread Covid-19 to other animals, including people,” the American Veterinary Medical Association (AVMA) said.

Research during the SARS epidemic in 2002 showed similar results, CNN reports. The virus did spread between cats, but there were no known cases of transmission between cats and humans.

“The focus in the control of Covid-19 therefore undoubtedly needs to remain firmly on reducing the risk of human-to-human transmission,” said Dirk Pfeiffer, an epidemiologist at the City University of Hong Kong.

However, AVMA and CDC still recommend that people with Covid-19 symptoms limit close contact with their pets until scientists conduct more research on the virus’s impact on the animals. “Have another member of your household take care of walking, feeding, and playing with your pet,” AVMA advised. “If you have a service animal or you must care for your pet, then wear a facemask; don’t share food, kiss, or hug them; and wash your hands before and after any contact with them.”

Pet owners who are not sick, on the other hand, should “embrace their pets,” according to John Williams, chief of the division of pediatric infectious diseases at the University of Pittsburgh Medical Center Children‘s Hospital of Pittsburgh.