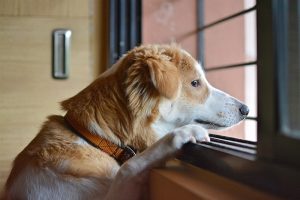 A 14-year-old girl with Type 1 diabetes and mental health disabilities will be able to keep her dog after the B.C. Human Rights Tribunal ruled her strata’s bylaw banning dogs discriminated against her human rights.

The names and the strata’s location have been anonymized in the decision, which says the girl’s mother had requested the strata make an exemption from its no-dog bylaw to support her daughter’s mental health. A motion was put forward at the strata’s 2019 Annual General Meeting to make an exception to the bylaw but was defeated by the strata council. The mother then filed the human rights complaint.

“There is an obligation for strata corporations to accommodate owners and residents for a variety of reasons, it could be health reasons it could be emotional support reasons,” Gioventu said. “We’ve just never really had an official decision about this, but that has always been the recommended advice.”

According to the decision, the daughter’s mental health and escalating depression and anxiety impeded her ability to manage her diabetes. Throughout the 2018/19 school year the daughter’s mental health declined to the point of her having suicidal thoughts. Her stress and anxiety caused erratic fluctuations in her blood sugar levels and on several occasions paramedics were called after she became unconscious.

The 14-year-old told her doctor she thought a dog would help her and the doctor agreed and wrote to the strata explaining the situation.

In July 2019 the daughter got a dog and her condition improved almost immediately, says the decision.

In a letter submitted to the tribunal by the daughter, the 14-year-old says the dog has helped with her anxiety and diabetes.

“Sometimes if I am sad or crying in my room she looks at me and leans on me and sometimes, believe it or not, I talk to her about things that I don’t talk to anyone about and it feels like she is listening to me with her eyes locked in mine,” reads the letter.

“The effect of the strata’s no-dog bylaw, if enforced, would be to cause a disability-related adverse impact on the daughter,” the Tribunal member says in the decision.

Ultimately the Tribunal ruled the strata’s pet bylaw prohibiting the daughter from having a dog discriminates against her based on her disability.

Gioventu said he didn’t think the ruling would change anything, but it did solidify his organization’s position that stratas had a legal obligation to accommodate their members.

“It’s frustrating when strata councils get… entrenched in positions where they don’t want to accommodate or act reasonably with their members, it just results in conflicts where they often lose,” he said.