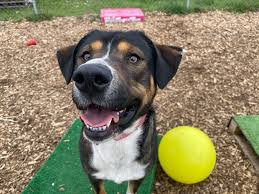 The Betty Kwan Chinn Homeless Foundation announced today that it has received a $200,000 grant from the California Department of Housing and Community Development, Pet Assistance and Support Program to help house, feed and provide basic veterinary service to the pets of its clients.

Chinn, who spent much of her childhood living alone in a garbage dump during Mao Zedong’s Cultural Revolution after her mother was jailed and her siblings sent off to labor camps due to her parents’ wealth and Christian beliefs, has operated one of the few West Coast shelters to allow animals.

“Betty has long recognized the importance that some homeless individuals attach to their companion animals,” the release states. “Dogs provide emotional support, companionship, warmth and security to people living in the street. However, they also present a significant barrier to services because many shelters do not allow dogs, and this prevents some of the chronically homeless from accessing case management services geared toward regaining their self-sufficiency.”