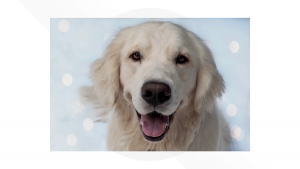 Casper the Therapy Dog has been busy lately – he and his owner Rachel Elliot are the Seattle ambassadors for Fueling the Fearless, an organization that purchases and delivers meals to front line responders on call during the COVID-19 crisis.

Swedish First Hill Emergency Room Department got a visit from Casper and Rachel on April 18th. The duo delivered meals from Homegrown Salads, cookies from Hello Robin and coffee from Metropolitan Market. And Casper also delivered what he’s best at providing – a calm moment with a fluffy dog. No worries, he was sanitized both before and after the visit, so he could get some well-earned pats.

And stay tuned to see more of Casper – he’s going to be part of a new TV show about therapy animals called ‘Love Unleashed’ slated to go into production as soon as safely possible.