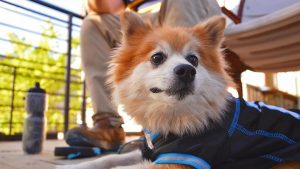 Thanks to a partnership with the American Society for the Prevention of Cruelty to Animals, pet food and microchips will be donated and distributed free to the public at 9 a.m. at the Animal Services headquarters at 1250 Indian Lake Road in Daytona Beach.

This is the first event of its kind in Volusia County.

“We’re committed to serving the needs of our citizens and their pets during this difficult time,” Animal Services Director Adam Leath said . “We want everyone to know that Animal Services is a resource for the community and we’re ready and willing to help.”

Nearly $10,000 worth of dog and cat food will be available while supplies last. Residents who bring their pet along may also have microchips implanted on the spot.

For convenience and to adhere to social distancing measures, Animal Services offers drive-thru service in two lines — one for food only, and another for both food and microchips.

Residents will not need to exit their vehicles. Staff will load food into vehicles, and escort pets inside the clinic to complete the quick and painless procedure.

Microchips, about the size of a grain of rice, are implanted just beneath the skin of an animal. With the wave of a handheld wand over the pet’s back, the microchip’s identification code will lead to the owner’s name and contact information — significantly increasing the odds of a happy reunion with separated or lost pets.

“We applaud all those stepping up for pets in need, even in the midst of so much anxiety,” Leath said. “When this crisis ends, we will be stronger, wiser and more compassionate as a result of the courageous work being done by so many people right now.”