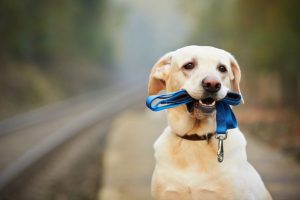 In February Albemarle County adopted a “leash law” that requires all dogs to be on a leash whenever they are off the property of their owner or custodian, also known as “running at large.”

A dog is deemed to be “running at large” while roaming, running, or self-hunting off the property of its owner or custodian without being secured by a physical leash or lead attached to a collar or harness.

There are exceptions for the following cases: dogs on a bona fide hunt; dogs participating in field trials; dogs in fenced dog parks (such as at Crozet Park); certain service dogs; exercising hunting dogs; search and rescue dogs; and working farm dogs.

Property owners may give permission to a dog’s owner for their dog to be on the property without a leash.