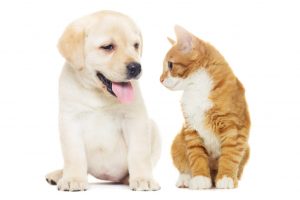 Our third version of the Cutest Pets in Dallas competition was as tough as ever. We invited our readers to submit their beloved pets for consideration. A full 1,000 did so.

There were dogs in tutus, cats in hats, purebreds in purses, and mutts in mud puddles. There were pets with special skills, like service dogs and therapy animals, and pets with no skills at all, except for stealing table scraps and shredding socks. And this year, we received dozens of exotic entrants, like pigs, turtles, goats, snakes, birds, and horses.

Finally, after three weeks of voting, the results are in.

Our Top 20 includes 16 dogs and four cats. (Good work, cats! Last year, the top 20 consisted of all dogs and a single bunny.)

Some of the top pups are young, like Leon the six-month-old Samoyed. Others are seniors, like sweet T-Bone the 14-year-old Shih Tzu. A few are big, like Sophia the black lab, and some are teeny-tiny, like Mulligan the four-pound Pomeranian. The cats, too, vary in size, shape, and color, from Uno the one-eyed kitten to Boots the black-and-white Manx.

On Tuesday, July 30, we’ll announce the Reader’s Choice winner and the Judges’ Pick winner. Until then, we’re keeping the Top 20’s rankings under wraps. You can check out the competitors below, listed alphabetically.

Congratulations, Top 20! You’re all winners in my eyes.