Dads Mission To Get Therapy Dog 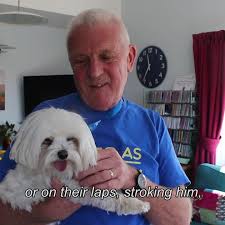 A Devon dad is cycling from London to Torquay in a bid to raise money for a therapy dog which he hopes will transform the life of his son.

Jake Kettle, 16, has been diagnosed with autism, sensory processing disorder, OCD and anxiety.

For Jake it means the outside world is a scary place and he now rarely leaves his home in Torquay.

Since hearing about Bale’s Buddies, a Newton Abbot based not for profit organisation which provides families, schools and other settings dealings with autism and additional needs with therapy dogs to enhance their lives, his parents Jason and Melissa have started fundraising for one.

If they are successful, Jake’s dog will be ready for him by October. So far they have raised more than £2,000 since launching a Crowdfunder online.

He said: “I’ve done anything like this challenge before. We will be setting off in London at around 5.30am and it will be 11.5 hours of rigid, plus stops in between.

“About two thirds of the route is flat as a pancake so it will be better than what we are used to living in Devon. We have just got to remember to eat a lot!

“We think a therapy dog will help Jake massively. We have seen him go from a seemingly normal child to one who has become slowly more withdrawn in the last 10 years.

“He doesn’t even like going out the front door as his anxiety levels are incredible.

“He massively loves dogs and there’s been a certain twinkle in his eye ever since we mentioned a therapy dog. He just can’t wait. I have never seen him so happy or focused on anything.”

Mum-of-two Melissa, of Torquay, said that as they watched their son grow they soon realised he was different from other children.

She recalled: “He played with toys differently and interacted differently; everything was different.

“Sounds, smells, tastes and lights over stimulated him. Routine was crucial, and any changes, however small, would send Jake into meltdown mode.

“When Jake’s teacher at the time, Miss Bellis, raised her concerns, I felt relieved as I thought at times I was going mad.”

After Jake was given a formal diagnosis, his quality of life has steadily deteriorated over the years.

Melissa said: “The outside world is a scary place for Jake. He rarely leaves home, which is his safe place, and has no friends or social life.

“These past two years have been incredibly hard for Jake. He attended a school specialising in autism which didn’t work out for him.

“He was referred to Torbay’s Medical Tuition Service which again could not meet his needs.

“The professionals then recommended Jake be home schooled.”

A big part of Jake’s life has become music. He has self taught himself to play the piano and is starting at a specialist college in September.

Melissa said: “We are desperate for Jake to live a more independent and happy life. What better way is there than a man’s best friend?

“As if it was meant to be, I bumped into two dogs in training in our local pets at home. Bale’s Buddies have become our new family.

“They will offer a training programme tailor made to meet Jakes needs. This training will be twice weekly for two years.

“Jake’s Portugese water dog will meet his emotional needs, reduce anxiety, give him a focus and responsibility in his life, and offer him companionship, and create a very special unconditional loving bond.

“Any donations would be the biggest gift of all in trying to give our son the best chance to live his best life.”