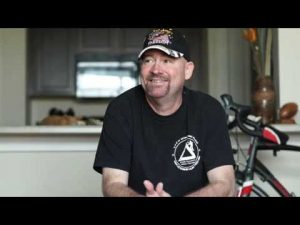 Life hasn’t been easy for Mark Harris since he retired from the Ohio National Guard in 2018.

Though he is proud of his service to his country, problems with his back and post-traumatic stress disorder have plagued the 46-year-old as a result of a year-long deployment to Afghanistan in 2013.

An animal, he thought, might help ease both the mental and physical pain he endures nearly every day. Though ample programs exist to help connect veterans with furry companions, Harris said he applied to several — and heard nothing.

It wasn’t until he came across the Delaware County-based Veteran Companion Animal Services in January that Harris received the response he had been awaiting: approved.

Now Harris — who lives with his wife and adult daughter in Brookville, a suburb west of Dayton — is eagerly awaiting the arrival of what will be the first dog he has owned since well before his military service began in 1993 with a seven-year stint in the Air Force.

“I’m hoping that when we finally get him or her that it’ll help me with my mental health,” said Harris, who now works as a plumbing supervisor at Wright-Patterson Air Force Base near Dayton. “It’ll help me deal with my emotions a little better.”

Veterinarian Heather Lane founded Veteran Companion Animal Services in 2015 with the mission of providing ex-military members with companionship by connecting them with rescue dogs in need of a home.

The dogs they pair with veterans are not registered service animals or therapy animals. Instead, Lane partners with regional shelters and rescue organizations — including the Humane Society of Delaware County — to find pooches who are just as in need of companionship as the veterans.

Army veteran Damon Wright was the first to receive a dog through the program. He said the 3-year-old Bandit, a border collie and Australian shepherd mix, helps to keep his depression and anxiety at bay as the pair embark on near-daily outdoor walks and runs.

“He adds a lot of structure. He makes me happy,” said Wright, 48, of Chillicothe. “A dog’s important, in my opinion.”