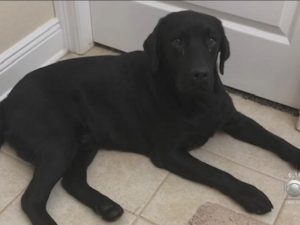 An airline cargo service has been accused of animal cruelty and neglect after one dog died and 17 others were left inside a Chicago airport warehouse without food and water for roughly three days, police said. Chicago police received an anonymous tip around 2:30 p.m. on Monday about several dogs that were left without any care inside a warehouse at O’Hare International Airport, authorities said. They discovered 17 dogs “in a cage without food or water” and determined another dog had died the day before, according to information provided to Fox News by the Chicago police department. Police said the dogs came in on an Aug. 28 flight but the Centers for Disease Control and Prevention would not allow the animals to be released to their owners because there were problems with the vaccination paperwork.

Warren Jones, vice president of Alliance Ground International, the shipping company responsible for the dogs, told the Chicago Sun-Times the animals were shipped from Amman, Jordan on a 13-hour flight to the Windy City.

Police cited AGI on cruelty to animals and neglect, but Jones told the newspaper the company  “did everything they could to take care” of the dogs. Jones said employees bought food for the animals while the issue was being ironed out.

“It’s challenging. We move animals every week,” he told the Sun-Times. “We’ve never had a loss of an animal at our company in 30 years.”

A spokesperson for AGI did not immediately respond to Fox News’ request seeking comment. A spokesperson for Chicago Animal Care and Control told the Sun-Times the center is now caring for two dogs, a German Shepherd and a Belgian Malinois, that are in good condition. A second facility is caring for the remaining animals.