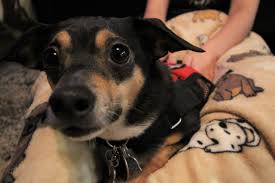 Like most BYU students, 20-year-old English major Katherine Tew didn’t anticipate having an animal for a roommate. Tew would come home to the sound of restless barking from behind her roommate’s locked door. The roommate would keep her registered emotional support dog in her bedroom daily while she attended classes and work.

“The dog ate the batteries of a remote and jumped out of the third floor window at my apartment complex. Luckily, it didn’t get seriously hurt. The dog was restless,” Tew said. She was surprised and uncomfortable with the dog in her apartment and the lack of care for the animal.

This wasn’t the last time Tew was faced with such a dilemma.

“Another girl I lived with had an emotional support cat and left on a trip, leaving the cat with no water and food,” Tew said. “I heard the cat meowing super loud, so I bought the cat food before leaving for the semester.”

Such complaints with emotional support animals are a growing issue in student housing on and off campus. Provo apartment managers are often responsible in navigating the issues between disabled students who have the right to keep such animals and the concerned students who are allergic to them. Some roommates may also end up as involuntary caregivers to animals neglected by their owners.

At the same time, a Provo lawmaker is proposing a resolution to help better define the categories of therapy animals, support animals and service animals. In addition, the resolution would standardize training to use them.

According to BYU’s housing guidelines and policies, “Pets and animals of any kind are not allowed in the residence halls. The only exceptions are special assistance animals for tenants with disabilities, or fish for certain biology classes.” As a result, a person with an assistance animal can legally request to live at a property where a housing provider has a no-pets policy.

“I would have never signed a contract knowing that I was going to have an animal in my apartment,” said Kate Pingree, an exercise science major. “About a week or less before I moved into this apartment, my apartment complex texted me and said I’m going to have an emotional support animal living with me. They told me if I had allergies, to let them know.”

Pingree said she was upset to find out after she signed the contract that there would be an animal in the apartment. She was concerned about friends with bad allergies not being able to visit because of shedded fur and smells.

These students aren’t alone in this newfound responsibility. Despite not attending BYU, Ashley Hales, a graduate student studying education, chose to live in BYU-contracted housing. Hales lived with a cat that was regularly locked in a small bedroom. “The cat cried nonstop with this awful smell. I ended up having to go in there to clean it all up because it was so disgusting,” she said.

Hales said that she felt bad for the cat since the owner did not take care of it. When a roommate is gone all day, the responsibility to take care of the animal might shift to others.

“I know people who have diagnosed anxiety and depression who rely on their dogs, but it’s clear some people are not good pet owners. It just puts the burden on roommates,” Hales said.

“We require that the resident submits paperwork prior to bringing the animal into the apartment,” Morris said. “We make sure to inquire if any of the current residents have any mental or emotional issues that would be negatively impacted by having an animal in the apartment.”

According to Jennifer Sappenfield from The Branbury, “Apartment complexes, such as The Branbury, don’t notify other residents before they move in because emotional support animals are accommodations for those with a disability.”

The most common case made for keeping an emotional support animal out of an apartment is allergies.

If this information is provided prior to an animal moving in, Sappenfield said that person with the allergy has the priority. However, if the documentation of the allergy is provided after a service animal has already moved in, then managers could offer to move or transfer the person with allergies.

Rep. Marsha Judkins, R-Provo, is sponsoring HJR6, a proposed resolution at the Utah Legislature that would provide an alternative way for students to receive animal services. The resolution would point out the distinction between therapy animals, support animals and service animals.

“Service animals differ from emotional support animals because their services are offered for free,” Judkins said. “Unlike support and service animals, therapy animals have no rights under the law. They can not go anywhere that they are not invited.”

One example of therapy animals being properly used is when airports invite a therapy animal to calm anxious passengers before a flight. The dog is with them in the airport, but the animal will not accompany them on the plane.

Judkins is attempting to pass HJR6 to encourage standardized screening and training for animals that will be used as therapy animals and to show support for their use.

“We have so many mental and emotional health issues among all populations in Utah,” Judkins said. “Studies have shown that these animals really do have a positive effect.”

Encouraging students to take advantage of therapy animals could help minimize potential roommate tension. This could be an alternative for students who are unable to dedicate the time and effort to taking care of an animal in their own apartment.