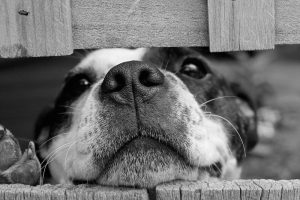 An Iowa landlord should have turned away a potential tenant with an emotional support dog, a split Iowa Supreme Court has ruled.

In a rare decision that favored not making a reasonable accommodation, the court found the landlord had already rented to a woman with severe pet allergies and that he should have prioritized her needs.

The landlord, David Clark, attempted to please both tenants by having them take different staircases and giving the woman with pet allergies an air purifier. But it did not stop her from suffering an allergic reaction. He had previously had a no-pets policy but was stuck in a “pickle” on whether he had to accommodate the pet owner, the court wrote. The landlord’s accommodation of the emotional support dog was not reasonable because the tenant with pet allergies had priority in time and the dog’s presence posed a direct threat to her health,” Chief Justice Susan Christensen wrote in a June 30 opinion.

The trial court had ruled the same but dismissed plaintiff Karen Cohen’s because of the uncertainty to accommodate support animals under the Iowa Civil Rights Act.

The Supreme Court, though, ruled Cohen was entitled to the damages she sought for breach of lease – one month’s rent.

“Our balancing in this case is not a one-size-fits-all test that will create the same result under different circumstances, such as when the animal at issue is a service animal for a visually disabled person,” Christensen wrote.

“Nevertheless, the fact that the tenant with allergies was first in time and the dog posed a direct threat to her health tips the balance in her favor…”

Appel said review was improvidently granted but said he would reject the first-in-time approach to weighing the needs of tenants taken by the majority.

McDonald and Oxley felt the majority denied a disabled person’s request to use a support animal because of the first-in-time approach.