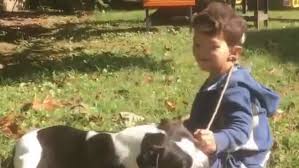 For most of the summer, the Hildembrand family felt there was something missing.

“It felt like there was a void,” said Sandrine Hildembrand.

“We had almost lost hope, even though we were still tirelessly looking for him,” said Hildembrand.

For two and a half months, Macks’ disappearance remained a mystery.

Now thanks to help from the community and police, the puzzle has been solved.

Now that Macks is back, the family feels complete again.

“Having him back into our life was really special and I feel like everything is back to normal now,” said Hildembrand . “One of the best days of our lives really.”