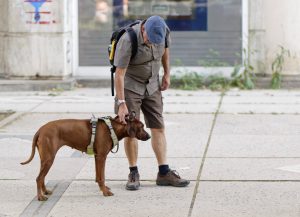 Is it time to crack down on tenants who misrepresent their pets as emotional support animals? A state Senate panel heard testimony this week that was split on this question. Housing providers and owners of property rental businesses supported the package, alleging that the problem of ESA misrepresentation among their tenants is serious and has been growing over the last several years.

Opponents of the bill package cited concerns about the chilling effect it could have on people who legitimately need emotional support animals, and how the bills could even be overstepping the federal Fair Housing Act.

Cheryl Wassa, who evaluates therapy and companion animals for programs including Pets for Vets and the American Kennel Club (AKC)’s Good Canine Citizen program, testified in support of Zorn’s bills.

Wassa said there needs to be better clarification on the important differences between emotional support animals, service animals/assistance dogs and visiting therapy animals; and ambiguity in the current regulations is “a detriment to those people who actually have assistance dogs.”

Matt Hagan, lead contractor for the East Lansing-based Hagan Realty Inc., spoke in support of SB 608 and SB 610 on account of how they would affect his family’s home rental business. Hagan said his company now deals with issues related to ESAs on an almost-daily basis, since a number of individuals who have their ESA applications denied will subsequently file a civil rights complaint.

There is “a lot of fraud that goes on” particularly with online ESA certification, Hagan said, emphasizing there’s a need for more regulation.