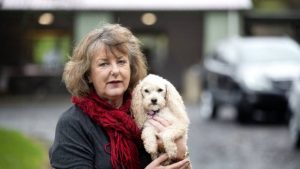 As the economic realities of Covid-19 continue to bite, Taranaki charities are cutting back, but also getting creative in a bid to stay solvent.

One that is thinking outside the box is Hearing Dogs, based in New Plymouth, which is setting up a doggy day care service.

Clare McLaughlin, who has been general manager of Hearing Dogs for 17 years, said from July 8 the day care will run weekly from its Hydro Rd base, and the money raised will be pumped right back into training canines to assist deaf people.

“It’s a way for us to make regular money.”

McLaughlin said during the nationwide lockdown, fundraising events had to be canned.

While it continued to receive donations, and the odd bequest, it could not count solely on these to keep financially afloat.

McLaughlin said they needed to create a sustainable stream of funding, which the doggy day care service will be if it proved popular.

Uncertainty remained regarding the regular sponsorship the service received in the past, she said.

“We have been really worried that will dry up.”

McLaughlin said it was very important to secure the future of the Hearing Dogs service, as the canines they trained changed the lives of the people they were paired with.

“There have been so many amazing things come out of this.”

The global pandemic, and the measures taken to stop its spread, impacted on fundraising drives across the country, meaning charities lost sources of much-needed cash.

With the economy also set to take major hits in the future, and unemployment expected to rise, people who might normally give to their favoured charities may not be in a position to do so for a while.

For Hospice Taranaki chief executive Paul Lamb, offsetting the loss of about $700,000 in income after it had to shut its retail stores and stop community fundraising events during lockdown was the most pressing concern.

In response, he said the organisation suspended, or stopped, any planned expenditure which did not impact on core services.

“The most challenging year in our financial history will be the one ahead, starting 1 July,” Lamb said.

Retails shops were still operating on reduced hours, as the organisation rebuilt volunteer numbers, and a cap had also been placed on staffing levels.

“The year ahead will be one of planning to sustain our existing services in as many innovative ways as we can while managing our expenditure as tightly as we can.”

This meant no new services or business activities, as everything will be considered in terms of affordability, Lamb said.

He also believed fundraising would be “very challenging” as there was so much uncertainty regarding the country’s economic future.