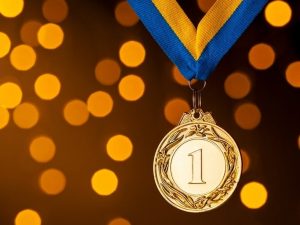 What a good boy! Nick the Siberian Husky won Best in Show at the 2020 Beverly Hills Dog Show Presented by Purina.

The show was held on February 29, 2020 at the Fairplex in Pomona and was hosted by John O’Hurley and David Frei. It was originally set to air April 5 but was postponed to May 17.

Nick traveled from Shanghai with his owner Michelle Scott for their first Beverly Hills Dog Show. It was quite a debut. Nick beat out hundreds of other dogs representing over 164 breeds and varieties recognized by the American Kennel Club, according to an NBC Sports news report. He won the Working Group (a category of dogs that perform jobs like service dogs, police and military dogs, and water rescue dogs) in a field of 27 breeds. He then competed against six group winners before winning top prize.

“Certainly all seven dogs that there were there in the end are beautiful, but for Nick, coming from the working group – they have to have athleticism, endurance, and a really strong, purposeful mind, and certainly he has that,” said handler Michelle Scott.