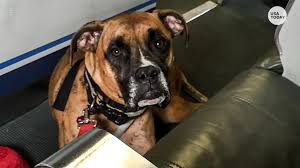 A recent Iowa Supreme Court ruling on how landlords and property managers should navigate whether or not to allow emotional support animals in pet-free buildings has left many questions unanswered.

On Wednesday, Aug. 26, Iowa City’s Office of Equity & Human Rights released a memo detailing what the ruling has clarified and what has yet to be decided by the legal system.

In July, the Iowa Supreme Court concluded that a landlord had to pay damages of one month’s rent to an Iowa City tenant who has a severe allergy to pet dander after the landlord allowed another tenant to live with an emotional support dog despite the building’s no-pets policy.

The case was first dismissed in small claims court before a district court said the landlord shouldn’t have allowed the second tenant to have the support animal. The district court also dismissed the case because the law was “not clear.”

The Human Rights investigator who wrote the memo, Kristin Watson, said that this second scenario could lead to further clarification. If someone is faced with action from the U.S. Department of Housing and Urban Development (HUD), the landlord could use the Iowa City case as defense, Watson wrote.

In that scenario, the memo reads, they could ask for a declaratory judgment about what should be done.

Additionally, the Iowa Supreme Court’s ruling said that because the tenant with the allergy was first to sign the lease, she had priority over the tenant who signed after. The second tenant later requested the emotional support animal.

The ruling doesn’t decide how severe the existing tenant’s allergy has to be to allow the “first in time” rule to apply.

The ruling does say medical documentation is required, but doesn’t specify the level of severity of the allergy needed to take priority over the emotional support animal, according to the memo.

Watson also writes in the memo that the Federal Housing Act was written when the term “handicap” was still acceptable. The Iowa Supreme Court references the act in its ruling.

Watson says that although the court uses the term because the law was written with it, the word is considered offensive to people with disabilities and should not be used unless when directly quoting the Federal Housing Act. Finally, it’s important to note that the Iowa Supreme Court ruling only applies to emotional support animals, not Americans with Disabilities Act service animals.