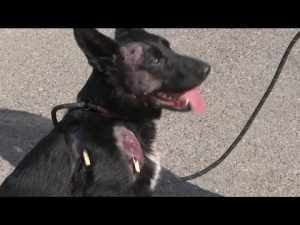 The bummer part of this story is that we’ll probably never know the whole story. But, the details we have show that this dog is a survivor, and that Missoulians are willing to open their hearts and wallets to help those in need – even if it’s not their fellow human.

A call to Missoula Animal Control ended up being much more than a common report of a stray dog. A KPAX article tells the story of a German Shepherd being picked up on Cote Lane by Kelly’s Island in Missoula. It was discovered that the dog was injured and transported to a local vet where they discovered he had three gunshot wounds – one in the shoulder and two in the head. This poor pup even had to have surgery to remove a bullet from his face.