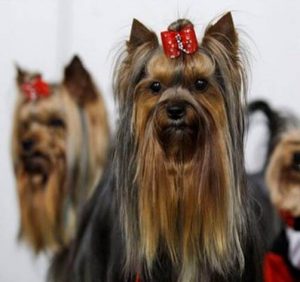 A New Jersey woman with an emotional disability and lives at an apartment complex in Vineland, N.J., wanted to get a Yorkshire terrier puppy as an emotional support dog and followed Federal Law and obtained an emotional support animal letter of recommendation touting the benefit, but the property had a “no pets” policy and denied her request.

Another New Jersey woman with an emotional disability was told by her condo association in Ventnor that she couldn’t keep both her Chihuahua and a cat, despite an ESA Letter from her doctor that she needed them for her health. (The association’s rules allowed condo owners to have up to two pets, but restricted renters like her to one pet.)

In both cases, the New Jersey Attorney General’s Office stepped in, and now, the two women can keep their emotional support animals. And the property managers have agreed to change their policies, provide their staff with anti-discrimination training, and pay the residents thousands of dollars, the office announced Friday.

“Property owners, managers, condo associations, and others involved with New Jersey’s housing industry need to comply with our anti-discrimination laws,” New Jersey Attorney General Gurbir S. Grewal said in a statement Friday. “Their obligations include reasonably accommodating tenants with disabilities, which may include allowing tenants to keep support animals that do not otherwise satisfy pet policies.”

The first woman lives at the Valley Garden Apartments in Vineland and filed a complaint with the Division on Civil Rights against the property owner, Valley Gardens LLC, and manager, Pearce-Jannarone Real Estate. The companies agreed to pay her $6,125 to resolve allegations that they violated state anti-discrimination law.

The renter at the Newport Gardens condominiums in Ventnor filed a complaint against her condo association and Thompson Realty Co., which provides property management services there. Under a consent decree, the association and company agreed to pay the resident $4,000 to resolve her discrimination allegations and a civil penalty of $1,000 to the state.