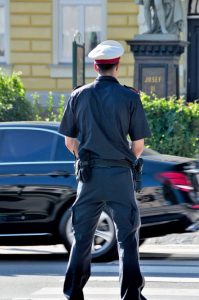 A New Castle County police officer shot and killed a dog that charged at him Sunday evening, the department said.

The officer had parked his patrol vehicle in the parking lot of Five Points Fire Station and was walking inside when a dog “resembling a pit-bull terrier” ran in his direction. The officer tried to get back to the vehicle, but the dog charged at him and he was forced to shoot it, police said.

The dog died at a local animal hospital.

Police said they discovered that the dog had gotten out in the past and attacked at least one other person.

The officer was not hurt. Police are investigating the incident.