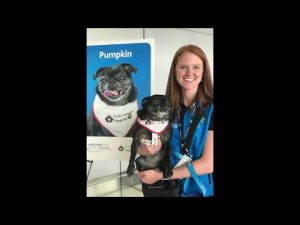 A glimpse into the world of Therapy Dog visits at Pearson Airport in Toronto, Canada. The dogs and their handlers interact with passengers, employees and travelers of all ages, brightening their day and reducing the stress of travelling.