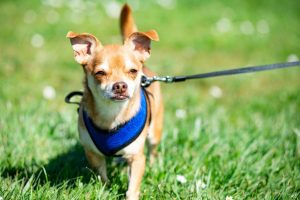 Nancy Schwickrath and Kelly Green decided to foster a dog in the middle of a pandemic.

Schwickrath, an administrative assistant at the Liberty Theatre, volunteers at the Clatsop County Animal Shelter. The shelter often temporarily places animals that aren’t quite ready to be adopted with volunteers.

Schwickrath and Green had previously done a hospice foster for an older dog several years ago. Now, they wanted to help ease the burden of care at the animal shelter as the organization — like everyone else — figured out how to adjust to a new normal under the coronavirus.

They already have a 15-year-old dog of their own. The new dog is younger, with a lot of energy. He has proved to be a much-needed distraction from the horrible daily news about the virus.

While the response to the coronavirus has focused primarily on human concerns, it has also impacted pets. Some domestic animals and captive wild animals appear to have caught the virus from humans — including, on Sunday, a Malayan tiger named “Nadia” living in the Bronx Zoo in New York.

There is no evidence animals can spread the disease to people, according to the federal Centers for Disease Control and Prevention and the U.S. Department of Agriculture. But the pandemic is impacting what kind of care pets can receive.

Under an executive order issued by Gov. Kate Brown in March, veterinary clinics are allowed to remain open but are limited in what they can offer. Some routine services may not be available and many clinics have had to shift how they conduct business entirely, turning to curbside service or even looking at digital alternatives for exams.

At the animal shelter, business continues much as usual — with some tweaks.

Dog viewings and adoptions occur outside now. There has been a decrease in cat room volunteers, but a bump in dog walkers, shelter supervisor Stephen Hildreth said.

Panic-buying at local grocery stores means some stores are limiting how much toilet paper and dog food a customer can buy at one time. The policy has had some unintended consequences.

Hildreth shifted to buying animal food online after Costco limited the number of bags the shelter could purchase. Costco purchases were typically supplemented by weekly donations of food. The shelter often received five to six bags of food a week from people. With coronavirus, those donations have fallen away, Hildreth said.

But he would rather people hold on to their pet food if money is tight and they need what they have for their own animals.

Meanwhile, drop-offs of pets at the shelter are neither higher nor lower than usual.

Hildreth believes Brown’s order against residential evictions is helping some people who may have been on the cusp of losing their housing, or forced by costs to shift into housing that does not allow pets, to hold onto their animals instead.

Hildreth hopes the order will buy people time to come up with other plans for pets, whether that means finding the animals a new home entirely or temporary homes with friends or family. The shelter is often where people turn when they don’t have time to come up with a better plan, Hildreth said.

The animal shelter is preparing for a possible shutdown if cases of coronavirus skyrocket. Hildreth has a list of volunteers who will foster shelter animals in a worst-case scenario.

Five cases have been reported in Clatsop County so far. However, limited access to testing means the full scope of the virus’ spread in the county is unknown.

First, there is the difficulty of understanding the spread of the disease in the community. But then, with uncertainty about where the county falls along the expected curve, it is hard for Davis to make some plans for her business.

Davis, who owns Astoria Animal Hospital, doesn’t expect things to return to the way they were before — at least not right away — but without the data that comes with testing everyone, “There’s always going to be that lingering question of who is positive and who is not,” she said.

Davis is a self-described safety nut. Her practice is located off U.S. Highway 101-Business and she makes her staff wear reflective safety vests when they go out to get the mail.

The arrival of coronavirus means she is taking even more precautions — personally and professionally — and she is asking her customers to do the same for their own sakes, as well as for the safety of their pets.

“Right now, veterinary offices aren’t really open,” she said. “Everything is on pause, so protect your animals. … Keep everything closer to you that you care about.”

Until things return to normal, Davis is telling people to take simple preventive measures: come up with a plan for pet care in case you become sick, keep up on flea treatments, walk dogs on leash and bring your cats inside at night. After all, you can’t predict what an off-leash dog is going to do and it’s the time of year when many wild animals are starting to birth young, potentially putting them in conflict with prowling cats, Davis noted.

“Just the basic public health of animal care, if you will,” she said. “That’s what we need to do.”

Under Brown’s order, organizations like veterinary clinics must conserve personal protective equipment like face masks and eye protection. Exams, vaccinations and other types of nonsurgical pet care are allowed to continue if they don’t require the use of the equipment. But this exists alongside other orders of physical distancing from clients and, as much as possible, among staff.

Clinics have gone to different measures to comply and still remain open.

Like many other local clinics, Columbia Veterinary Hospital in Astoria now asks people to wait in their cars for appointments. A staff member comes out to retrieve pets.

It’s a workaround they may keep in place as an option for customers in the future, said Kristin Zedwick, a veterinarian and co-owner of Columbia Veterinary.

“We’ve had some clients who’ve said, ‘This curbside thing is amazing. I don’t have to get out of the car, my dog is less stressed,’” Zedwick said.

The clinic’s previous owner, Dr. Larry Goza, was a popular veterinarian and the clinic is known to be a lower-cost option for pet care. Before the coronavirus, the lobby could be a busy, crowded place — fine for some animals and their owners, hell for others.

Columbia Veterinary has also looked at using telemedicine, essentially a Skype-style appointment. Every case is different, but a veterinarian can usually see enough to tell someone if they need to bring their pet in immediately or something less serious is going on.

Emergencies and medical needs aside, veterinarians noted that pets are important companions during difficult times.

“For me, I can’t imagine life without having animals around me,” Davis said.

While it may be stressful to not have easy access to a veterinarian for more mundane questions, Davis said this could be an opportunity to spend time working with your animals, training your dog — or even your cat.