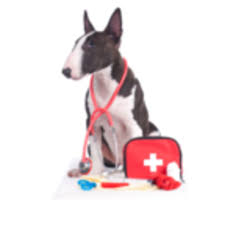 The “Pet Effect” is the idea that getting a pet will make you healthier and happier. This idea is highly promoted by the marketing departments of industry giants like Zoetis, the world’s largest veterinary products corporation.

Psychotherapist Dana Dorfman is a believer. In a recent Psychology Today post, she extolled the benefits of pet ownership. She wrote, “A preponderance of evidence supports the contention that pets affect our overall health—mental and physical.”

Dr. Dorfman is not alone in her enthusiastic acceptance of the notion that pets are panaceas. A 2016 survey by the Humane Animal Bond Research Institute found that 71 percent of pet owners were aware of studies showing that pets improve human mental and physical health. Another survey reported that 97 percent of family doctors now believe there are health benefits from owning pets. Further, 69 percent of them said they had discussed the health benefits of pets with patients. As a prominent human-animal relationship researcher once said to me over drinks, “The surprising thing about the pet effect meme is how rapidly it has been accepted by the public.”

Clearly, pets can make our lives more enjoyable. But, as Psychology Today blogger Marc Bekoff pointed out his thoughtful response to Dr. Dorfman’s post, the preponderance of the evidence does not support the hype about the curative powers of companion animals.

Take pet industry claims that living with companion animals results in lower levels of loneliness, depression, and obesity. In a series of Psychology Today posts, I reviewed the results of 77 published research papers on these topics. Only 6 of 21 studies found pet owners were less lonely than non-owners, only 5 of 31 studies reported that pet owners were less depressed, and in only 5 of 25 papers were pet owners less likely to be obese. So, while some studies have found evidence linking pets and human health, most published research has not.

Why is there such a big mismatch between what the public believes about the healing powers of pets and the decidedly mixed results of published studies? I think this is due to a quirk in human thinking psychologists call the availability heuristic. This is the idea that we are biased by information that easily comes to mind, usually because we are frequently exposed to it.

An obvious source of information about pets and heath is the media. As far as I can tell, however, there have not been any systematic studies of media coverage research on the impact of pets on human health and happiness. So, I recently turned to Google to examine media stories related to the pet effect.

Using the Google News search engine I located 81 news items on the pet effect between 2010 and 2020. I searched using the phrase “the impact of pets on human health and happiness.” I did not include articles on the health of pets per se, or the debate over emotional support animals on planes, or articles by Psychology Today bloggers.  The articles fell into three categories—the good news, the bad news, and the balanced news.