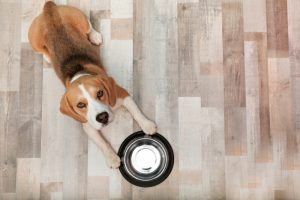 The agency responsible for animal welfare in British Columbia is making an urgent appeal for pet food donations to help vulnerable pet guardians during the COVID-19 crisis.

The BC SPCA says it isn’t just families affected by the virus; it’s their pets too, and assistance is needed for thousands of cats and dogs in the province.

While the agency already offers pet food banks, free vet clinics, and other programs during the year to support struggling pet parents, the need right now is “extraordinary,” says Marieke van der Velden, outreach specialist for the BC SPCA.

With more and more families impacted by illness, unprecedented job loss, plus economic and housing instability, there is a higher likelihood that people will be forced to give up their pets if they can’t be supported.

Donations can be made either by drop-off at any of the province’s 36 branches or by online delivery. The items will be distributed to pets in need in the community through staff, volunteers, and community partners.

The animal welfare agency has instituted new protocols for its pet food banks to ensure social distancing and biosecurity measures are in place.

van der Velden hopes the extra support will mean fewer British Columbians will have to give up their pets during a time where the emotional support they provide is more needed than ever.

“Animals are such an important part of our lives, and we want to do everything we can to keep people and pets together,” she says.