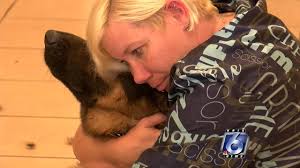 As the ongoing health crisis continues, area groomers have made big adjustments and are following social distancing guidelines.

Workers were able to reopen early with permission from the governor’s office and the City of Corpus Christi, but with a few rules and regulations to follow.

Workers say they service about 15 to 20 dogs a day but it’s not so much of the contact with the animals they’re worried about.

With these concerns in mind, day-to-day operations led to a few changes.

The lobby in the building is closed to customers. Instead, visitors would need to place their name on the sign-in sheet and wait in their vehicle.

After every transaction, surfaces are wiped down, and at the beginning of every shift, dogs are given a bath.

Staff members say a dog’s fur is also considered as a surface and must be cleaned especially during concerns with the coronavirus.

Works also are aware of how dogs can test positive for COVID-19 which is why it’s important to take these precautions.

“We do have elderly clients, we don’t want cross-contamination if we were to touch a dog someone had sneezed on and then touch their dog that could be a risk for them so we’re trying to minimize the cross-contamination between families and that kind of thing,” says Wilcher.

Groomers also say they do not service dogs that are sick and advise the animal should see the veterinarian.