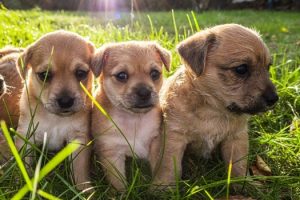 Animal welfare groups say the pandemic is exacerbating the overpopulation crisis for cats and dogs.

According to Lisa Lange, senior vice president of communications with “People for the Ethical Treatment of Animals,” more than six million cats and dogs enter shelters in the U.S. each year. And with COVID-19 safety protocols in place, she explains shelters are unable to let people come in for pet adoptions, or host off-site adoption events.

“And yet there’s still a flow of animals coming in, made worse by people being out of a job,” says Lange. “So, we’re getting reports from around the country that people are giving up their animals because they can’t afford to keep them anymore.”

A Survey conducted before the pandemic estimated that 44% of Missouri pet owners struggle to afford their pets.

Lange says prevention is the best solution, and her group encourages spaying and neutering for cats and dogs. According to PETA, one female dog and her puppies can result in the births of 67,000 dogs in just six years.

Instead of purchasing a pet from a breeder, Lange urges Missourians to always adopt from animal shelters. Right now, many are holding appointment-based adoptions.

She notes a silver lining to the pandemic has been the uptick in people becoming pet foster parents, which takes pressure off the shelter system.

“Really, in the best of all possible worlds, shelters should have a small number of animals,” says Lange. “But we shouldn’t be seeing animals breeding anymore. We have far too many homeless animals, all of whom are deserving of good homes. But we need to bring that number down. ”

She adds that low-cost and free spay-and-neuter programs, often available through humane societies or veterinarians, are key to the overpopulation crisis. And she says people should encourage their local governments to subsidize these programs.