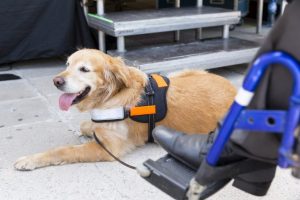 It has long been established that dogs are “man’s best friend,” but animals in general have been a part of human society since the dawn of humankind thousands of years ago. Domesticated animals helped our fledgling species in so many ways: cats reduced rodent populations allowing for safer food storage and disease prevention; dogs served as homestead guardians, hunting partners, and aides for herding livestock; falcons and other birds of prey provided a venue for hunting simply not capable by man in those nascent days.

As the centuries have passed, we have watched as those workhorse animals became more and more a luxury: people began to want pets less for their utilitarian value than to simply have them as household friends and compatriots. This is why the pet industry has emerged as strongly as it has over the past few decades.

Animals continue to serve us in many key functions, not the least of which falls under the two related—but markedly different—categories of companion animals and service animals. While these two might seem the same, the differences between those two categories cannot be understated, and a pet store owner would do well to not only know, but act upon those differences when engaging in their local market.

Service animals, as defined by the U.S. Department of Justice under the Americans with Disabilities Act (ADA), are “individually trained to do work or perform tasks for people with disabilities.” Service animals undergo rigorous, continual training to perform their designated tasks. While a service animal might be agreeable and friendly, their sole function is to aid their owner in tasks that their disability might otherwise prevent. Some of these might include guide dogs for visually or auditory-impaired persons, alert/response dogs that alert an individual to an impending seizure or other autonomic response, or psychiatric service dogs, which provide assistance in ameliorating a cognitive or neurological disability in their handler, such as post-traumatic stress disorder (PTSD) or traumatic brain injury (TBI).

Because of their rigorous training and their necessity to their owner’s way of life, service animals are permitted access to areas that they may not otherwise be permitted into. This access only can be denied under one of two conditions: if the animal might contaminate a workspace (such as a clean room in a laboratory or a surgical arena), or if the animal cannot be controlled.

Currently, under the ADA, only dogs and miniature horses are recognized as service animals; all other animals fall under the more nebulous category of companion animals, which range vastly in terms of services provided. In legal terms, companion animals are not recognized by the ADA–as well-behaved and congenial as an animal may be, they hold no additional legal standards and businesses have no obligation to provide assistance or entry for an animal that does not fall into the stricter ‘service animal’ standing.

This is not to say that companion animals are ineffective—far from it! They simply do not hold the legal standing and recognition as a service animal. While individual states might have laws granting some degree of standing to a “therapy animal” or a “companion animal,” these laws vary from state to state—be sure to find out how your state views these animals.

Unfortunately, because of the nebulous nature of the laws governing service animals and a general lack of information on the part of the general public, a tendency towards abuse has emerged in terms of individuals referring to their pets as service animals. Doing so is actively detrimental towards service animals and their beneficiaries and, as responsible custodians of the pet industry, the onus falls on us to ensure that the pets we sell are not being used as tools of manipulation. As with most things in the pet trade, know your state and local laws, and be sure to inform your customers, especially if there is talk of using a new pet as a service animal.

For more information on the differences between service animals and companion animals, as well as for summaries of how the law interacts with these sorts of animals, be sure to check the ADA’s online brief. . In addition, The Independence Center offers a number of resources on service and companion animals at their website. While some of their information is local to Colorado, much of it is applicable to states across the country. And, if you’re interested in seeing the good done by service animals, check out Pets for Patriots, which compiles a number of resources on service animals in the military.