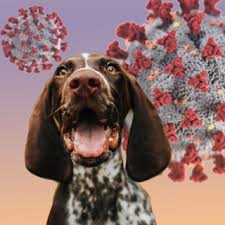 Modern-day humans spend a big chunk of our lives with pets, with 65 percent of U.S. households having at least one. So, it’s no surprise that researchers want to know whether all this time with domesticated animals influences our health. Though the science has been somewhat mixed, recent data has supported several health benefits associated with pet ownership.

One of the most basic connections between our health and our animals is the psychological benefit of having a pet. In a recent review, having a pet was associated with better psychological wellbeing for those with mental health conditions. Of 2,000 pet owners surveyed, 74 percent reported mental health improvements from pet ownership. Other research suggests that pets may even help stave off death. A 2019 review of data from over 3 million people revealed that dog ownership was associated with a 24 percent reduced risk of dying over a 10-year period.

More specifically, how do our pets affect our immunity? One way may be by lowering our risk of developing allergic diseases. While the data are again a bit mixed, a clearer picture emerges when looking at the immune effects of specific pets. For example, in a 2012 meta-analysis, early life exposure to any pet was associated with a decreased risk of developing eczema, an allergic skin condition. While the benefit was strong for dogs, it vanished in those exposed to cats. Similarly, dog exposure in early life has been associated with a lower risk for subsequent allergies, but cat exposure was not.

There’s also data suggesting that exposure to pets may influence specific aspects of the immune system. After petting a dog, volunteers showed a significant increase in salivary levels of an immune antibody called IgA, a key player in our immune defense. When exposed to an immune-activating signal, the cells of children exposed to cats produced different immune molecules than those of children exposed to dogs.

In addition to directly influencing immune markers, it’s likely that one of the biggest effects of animals on our immunity involves our stress response. Chronic psychological stress is well known to damage our immune function, compromising our ability to fight off infections while increasing inflammation. Pets may be able to help ward off this destructive effect by dampening stress through companionship and the facilitation of social connection with others. Research has indicated that exposure to a therapy dog may help lower levels of the stress hormone cortisol. In another experiment designed to induce stress, children with access to their pet dogs felt less psychological strain.

Finally, it’s worth noting that the immune effects of pet ownership may be in part due to changes in our microbes. Scientists are increasingly studying how the bugs that live on and in us affect our health. It turns out that our microbes heavily influence and are influenced by our immune system. That’s why it’s interesting to note that adult dog owners and their dogs share  similarities in their skin microbes. Though in early stages, this type of research seems to indicate that our wellbeing and potentially our immunity could be affected by microbes from our pets!

In the bigger picture, it seems quite likely that multiple aspects of our health are affected by our contact with animals. While it’s notable that some pets may rarely increase our risk for certain infections, research indicates that our furry friends may provide many of us with immunity benefits. These positive effects appear to occur through a combination of direct influences on our immune system as well as indirectly by lowering stress and improving social connections. At a time when so many of us are seeking to better our immunity, we should be aware that our pets may be granting us far more than simple companionship.