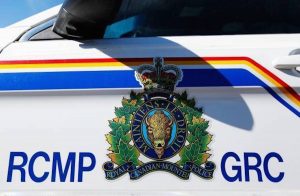 The West Shore RCMP has been cleared of any wrongdoing in relation to a suicidal man who was seriously injured after being subdued by a conducted energy weapon (CEW) and police service dog last spring.

Because the man’s injuries occurred in connection to the actions of police, the Independent Investigation Office (IIO) was notified to investigate whether “unauthorized or excessive force was used by any officer.”

A report released on April 7 states the officers involved were faced with a situation that was “bound to give rise to a very high-risk assessment,” but they exercised restraint by trying, over an extended period of time, to take the man into custody without harm.

Just after 1:30 a.m. on April 22, 2019, RCMP received two 911 calls — one from a man’s mother who told police her son was suicidal and was planning to jump off a bridge, the second was from the man himself stating that he was planning to inject himself with a syringe filled with gasoline.

RCMP were able to locate the man through cell phone ‘pings’ in an area of grass and shrubs off the Island Highway in View Royal. The man was holding a backpack with one hand inside and told the officer to “back up.” Two officers, accompanied by a police service dog, engaged the man in conversation for several minutes — audio recordings of this interaction corroborated witness officer statements provided to the IIO. As RCMP worked to de-escalated the situation and get the man to a hospital, he told the officers that they would have to “shoot or tase” him.

Officers noted the man continued to have one hand in the backpack and was “twitching as if he was about to pull something from the bag,” states the report. One of the responding officers drew his firearm and told the man “it doesn’t have to be like this,” to which the man responded stating that he had tried to kill himself five times and this was “the way [he] want[ed] it.”

As more officers arrived on the scene, the man walked toward the nearby Upper Gorge waterway, threatening to jump in.

One of the officers told the IIO that it became clear that the man was determined to have police officers use their weapons on him.

The man continued to taunt police, demanding they use their “Tasers” on him and stating that if he moved his hand — which was still in the backpack — quickly, the police would “launch something” at him. Finally, the man told the officers he was “gonna make one of [them] do something.” He stepped toward officers and motioned as if he was going to withdraw his hand quickly from the backpack. At that point, one of the officers discharged his CEW while another officer sent the police dog after the man.

The man fell to the ground and police were able to put him in handcuffs. The police dog bit him in the leg, which would later require 82 staples to close.

The IIO report states the man presented a credible threat by keeping his hand in the backpack and “pretending at any moment he would draw and use some sort of weapon.”

“Through his own, quite deliberate actions, [the man] placed himself at risk of the use by police of lethal force,” states the report, adding that it was fortunate less lethal options were available for the officers to use.