Preparing Dogs For After The Pandemic 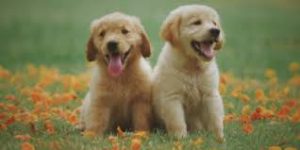 If dogs could talk I’m sure they would say they are loving having us home all the time. And we humans sure love to lean over your home office chair and give our fur baby a belly rub.

Many people have used this extra time at home to bring a new dog or puppy into the family, but what are ways you can get your pup used to you eventually leaving the house and heading to work?

We reached out to local dog trainer Tanya Allison, from COPE Service Dogs and owner of Mannered Mutts Dog Services, to find out how to keep the pups happy, while preparing them for your eventual departure from the home.

She says that your puppy has to learn to be alone, independent, and not be used to someone being present 24/7. “The crate will be your puppies new best friend! Typically I will only feed the puppies their meals in the crate (door open at the start) and after a few times you can start closing the door while they are eating.”

Allison suggests providing them with really exciting toys and high value treats when they are in the crate and nowhere else.

Try short periods in the crate at first, and then go into a different room and work up to leaving the house.

Try not to make a big deal of you leaving and coming home Allison says. “This can feed into their anxiety.”

A tricky part of getting a puppy right now is the lack of socializing with other dogs. Puppies learn skills from other well-socialized and well-mannered dogs, which is extremely important during those first few weeks.

Unfortunately, this can’t happen right now because of restrictions, however, we can make some extremely positive experiences with our puppies by walking them in our neighborhoods Allison notes. “When they see other dogs and puppies feed them yummy high-value treats. This creates an association in the dog’s brain that when other dogs are around really good things happen. “

What about dogs who were used to their owners being gone before? Will they be able to bounce right back to being left alone once their owners head back to work?

Allison says that depends on the dog and if you have been sticking to some sort of routine.

She suggests getting out of the house without them a few times a day, even if it is just a walk around the block. Do things in separate rooms of the house, practice having them in their crate if that is what they usually do when you are not home. “This will be helpful for when you go back to work without them.  And once again, don’t make a big deal about you leaving.”

Dogs are incredibly smart at making connections or associations in their environments Allison shares. They pick up on what we call pre-departure cues such as picking up your purse, keys, or putting on your shoes.

Make a list of these cues and do them throughout the day to create a new association. For example, try picking up your keys and then go and sit on the couch. “Picking up keys doesn’t always mean you’re leaving.”

If your dog or new puppy has severe separation anxiety, Allison suggests contacting a local trainer to come up with a game plan on how to help them.

In the end, Allison shares that it’s an amazing privilege to have all this extra time with our animals, and it will definitely increase the bonds we have with our puppies.