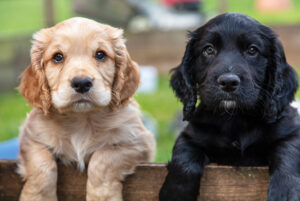 The deaths of countless puppies might soon be prevented, thanks to a newly tested monoclonal antibody.

A study conducted by Kindred Biosciences has demonstrated 100 percent efficacy in the prevention of canine parvovirus (CPV), as well as a mortality benefit in the treated group, the company says.

In a randomized, blinded, study, half of a sample group received a placebo, while the other half were administered KIND-030, a monoclonal antibody that binds to portions of CPV and prevents it from entering cells.

None of the canines treated with the product developed the disease, KindredBio says, while all of the placebo-control dogs developed parvovirus infection as predefined in the study protocol.

CPV typically affects unvaccinated puppies younger than six months old, but it can occur in unvaccinated dogs of all ages. Further, it is the most significant and contagious viral cause of enteritis in dogs, especially puppies, with mortality rates as high as 91 percent.

Banfield Pet Hospital estimates there are approximately 250,000 parvo cases in the U.S. annually, excluding emergency hospitals, shelters, specialty hospitals, and undiagnosed cases, according to KindredBio. Additionally, the company says, BluePearl noted a 70 percent increase in cases at its hospitals throughout the COVID pandemic.

At this time, there are neither Food and Drug Administration- (FDA-) or United States Department of Agriculture- (USDA-) approved treatments for CPV nor any other available treatment, KindredBio says.

“There is no one solution to a disease as prevalent and fatal as canine parvovirus,” Dr. Kee says. “Veterinarians and their staff do the best they can with their current tools against parvovirus, which are mainly proper vaccination and, if exposed, supportive care and isolation. Our hope is that by providing veterinarians with a single tool addressing both prevention when exposed and treatment of parvovirus infection, we are at last providing a solution for this devastating disease.”

The antibody is currently being pursued for two indications in dogs: prophylactic therapy to prevent clinical signs of CPV infection and treatment of established parvovirus infection, with the announced results supporting the latter.

The study is expected to be complete by year-end with approval of the product candidate anticipated by early 2021. Regulatory approval and review timeline are subject to the typical risks inherent in such a process, KindredBio says.