Puppy prices go up due to COVID-19 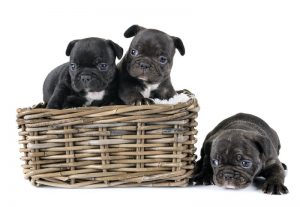 Prices for pedigree puppies are soaring amid the Covid-19 crisis; Golden Retrievers up to $6,000, a French Bulldog pup at $10,000. Spike in demand for furry friends is an open invitation for a few dodgy operators to line their pockets with “non-refundable” deposits and profiteers to cash in. Sandi Keane reports on the poor governance by state licensing bodies who are failing to protect the buying public.

In these bleak times when many are forced to stay at home, cut off from friends and family, puppy sales are booming. With the closure of pet shops, and puppy farms outlawed, or restricted in some states, pedigree breeders are doing a roaring trade. Whilst the majority of breeders comply with consumer law, a few unscrupulous bad apples ply their fraudulent trade in plain sight of the state controlling bodies that licence them.

But profiteering is just one of the problems. High prices now are simply a factor of the virus and supply and demand. While the majority of breeders comply with consumer law, puppy buyers should ensure they know their consumer rights before handing over a deposit.

Australian Consumer Law is clear. A pet or stud service is the same as any other good or service. Those selling puppies, whether they have an ABN or not, are “traders”. Only “one-off” sellers of goods are exempt such as a garage sale.