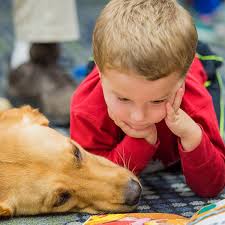 Twelve-year-old Patrick’s parents were never married. He and his mom have moved with his two sisters six times in the last four years. And now, since his mother’s job was eliminated, it looks like they are going to have to move again.

To top it off, the only apartment they can afford has rules that prohibit Dauphine, Patrick’s dog, from moving in.

Like millions of children, Patrick is on the front lines of how, layer upon layer, American society has been getting more complicated. Marriages and jobs, environmental health, even U.S. supremacy on the world stage: nothing has quite the certainty it did for most people 50 years ago, or even five months ago.

And those with the least amount of control over where they are going to wake up each day and how — children — are paying the highest price of all, it appears.

For the first time since such statistics have been collected, suicide has become the second leading cause of death for Americans between the ages of 10 and 24, according to the latest numbers from the National Center for Health Statistics. And suicides among the very youngest – ages 5 to 11 – have almost doubled in recent years.

Complicating matters, treating children with the most common antidepressant medicine, a class known as SSRIs (Selective Serotonin Reuptake Inhibitors) has been linked to suicidality, and studies have shown the side effects of these pharmaceuticals are often more severe side effects for those younger than 25.

But there’s another answer. And the evidence is growing that the four-legged friend Patrick knows as Dauphine might be the key to keeping him able to focus on his schoolwork and his anxiety about talking to others under control.

Dr. Sabrina E.B. Schnuck, executive director of the UCI Child Development Center and assistant professor in residence in the Department of Pediatrics at the UCI School of Medicine, has been studying the effects of animal-child interaction on Attention Deficit Hyperactivity Disorder for five years.

“Decreased physiological stress and improved perceptions of stress levels have been found in children and young adults (and adults) who participate in animal-assisted interventions and activities,” Schnuck told the Orange County Register.

“They can provide children with a sense of safety, teach the child responsibility, lower aggression and frustration levels,” she said. “They also can provide comfort when the child is upset and helps them overcome fear.”

ESAs for children are regarded by the law the same way they are for adults: a reasonable accommodation for a disability, documented through an emotional support animal letter,  Fortune said.

So, at the next place, Patrick moves, documenting his difficulties and Dauphine’s role in lessening his symptoms could get the dog in the door of their new apartment, despite pet prohibitions. The document would also exempt the family from animal deposit fees.

Fortune says the process for documenting the need for an ESA is not much different from the one that adults go through. Best practices, however, would include a parental assessment of the child’s history and the family’s.

“It takes about 5 to 10 minutes to administer,” Fortune said.

These tests break down symptoms of psychological distress, asking children, for example, how often they feel worried about someone being angry at them, feel upset in their stomach, or have trouble sleeping.

Fortune also uses another, 27-item assessment known as the Child Depression Scale. It is designed to measure the severity of depression in children ages 7 to 17.

The Screen for Child Anxiety Related Disorder (known as SCARED) also evaluates children with 41 items that mirror the classifications of mental health disorders found in the Diagnostic and Statistical Manual of Mental Disorders.

Maria Scotto, a licensed psychotherapist in Aventura, Fla., said she’s seen the way animals can bridge the widening gap between children’s needs and the available services.

A furry friend like Dauphine is a sure bet for coping with all the uncertainty life has in store for kids like Patrick.