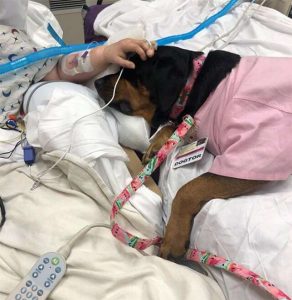 Some things just leave you with a fuzzy feeling in the heart. Especially when you hear of the sweet gestures that a pet animal does for you selflessly.

The staff at the University of Maryland Medical Center have been at the wonderful receiving end of their ‘dogtor’ Loki, a two-year-old Rottweiler therapy dog. Since December 2019, her owner Caroline Benzel and Loki have been doing their rounds at the medical centre thrice a week.

Benzel, who is a second-year medical student at the university, said to a portal that she and Loki were doing therapy for everyone at the hospital, including “custodians, first responders, nurses, doctors, patients, or even family members in the waiting room.” 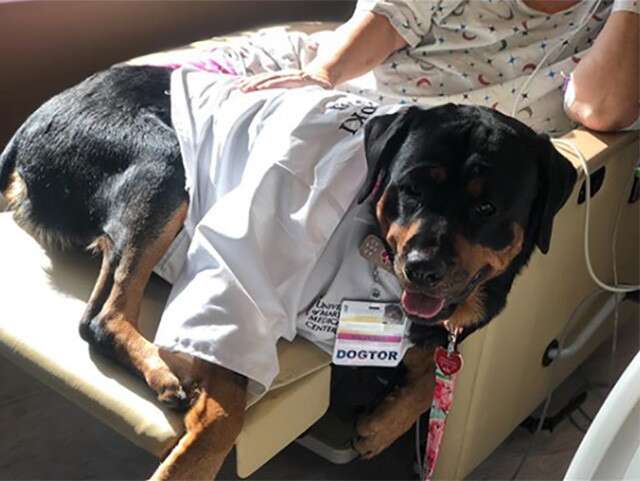 In the wake of the current pandemic, the visits are discontinued, following restrictions, the duo is doing what they do best, online—via video chat. It was by chance since Benzel says they wanted to check on people so they started calling, which then led to video visits.

The relationship between the dogtor and its owner and the staff is enviable. When Loki needed surgery and physical therapy after suffering an injury, Benzel could hardly afford the expenses, being a student. That’s when the staff stepped in, suggested crowdfunding and donated generously to the fund, which took care of the expenses. The staff was so close to Loki that they would not have it any other way. 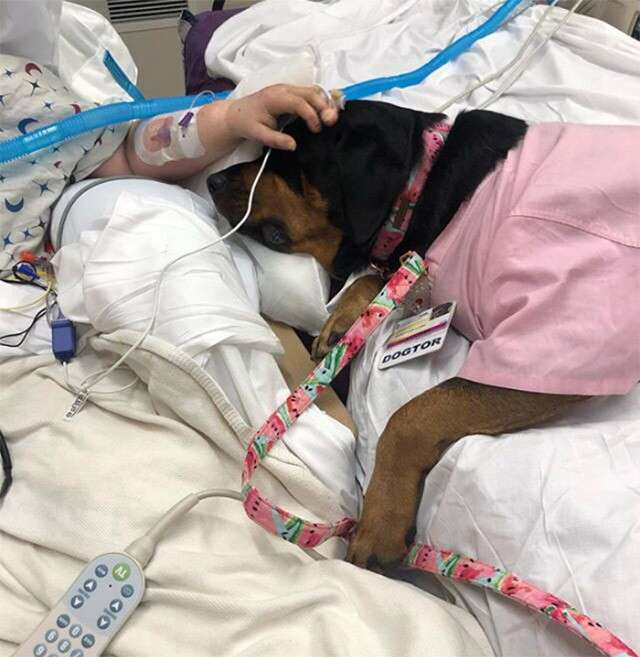 As the pandemic took a visible toll on the staff, especially the ICU nurses for wearing PPE and masks for almost 12 to 14 hours at the stretch, Benzel thought of a way to uplift their spirits, and repair the damage that wearing PPE and masks does to the body. She started putting together “Hero Healing Kits” with care essentials such as moisturisers, lotions, lip balm, medicated powder, and tea, among other things. The surprise element is a picture of Loki’s smiling face. 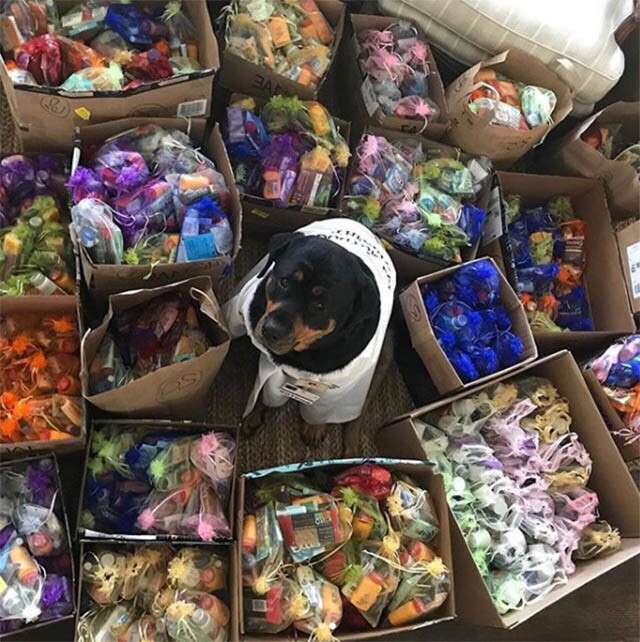 When Benzel took to social media for assistance in building these kits, she had a wonderful response and has managed to put together 4,200 of them till now, and been delivering them with Loki, who is super excited to be back on the campus. The best therapy that one can receive! 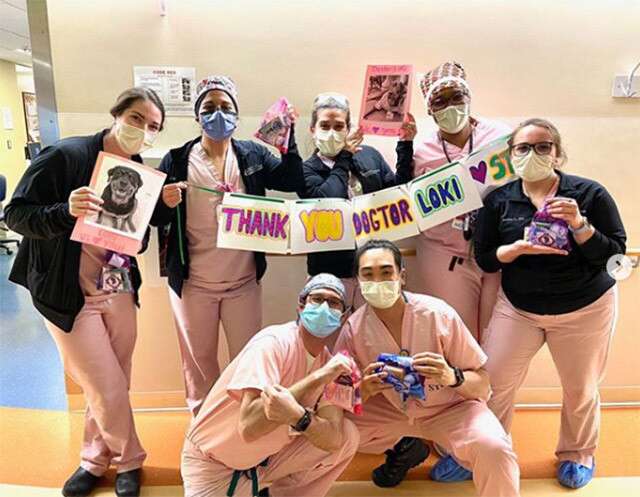 Don’t you agree? Truly, a dog is man’s most loyal friend.