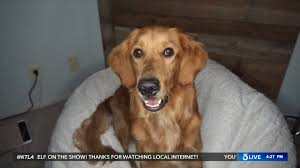 Laney the therapy dog is part of the Paws for Patients program that works with the Osborne Head and Neck Foundation.
Paws for Patients was launched in March 2020, and quickly evolved into a way to provide an online outlet for those at home needing a dose of happiness during these challenging times.