A Day In The Life of Luis: A Way To Gain Distraction 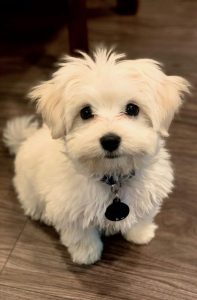 People are resorting to “hitting the bottle,” rising in numbers, as far as numbers of what people are doing under these times of quarantine.

There are many ways one can distract themselves from the realization that the Corona will be around for the foreseeable future.

Go to the garage and dust off those weight sets.

Take a lap or two (with a mask on, of course) around the block surrounding your house.

Well now is a little perfect time to make use of them and justify paying for them in the first place.

Make use of petting your dog as a sort of “therapy.“

I’ve known that simply watching their movements whenever they are “free” in the backyard to be a sort of way to get that distraction that is so needed.

I know that this small poodle might not be the best “service dog” but seeing my brother’s dog Duramaxx (Yes, as in the engine in his truck) rummaging through the recycling bin or him biting the hell out of sandals making them fit for the trash cans can be frustrating.

But then you know that you can’t be mad at him for too long because once you hear him playing with his squeaky toy, it brings an automatic smile to your face.

As soon as that toy is played with, all is forgotten.

Only petting him here and there due to other reasons such as him breaking glasses right off the face and his bite cuts deep if you try to resist.

This little dog sure lives up to the name “Maxx” in every way imaginable.

When it comes to his bite, you have to “play dead” like you do with a bear in the forest to lose his interest before he finds something else to be distracted with.

But at the end of the day, he is a welcomed distraction from the realities of daily life.

That goes for both before and after the pandemic.

The little guy weighs all of 5 pounds but he has the demeanor of a 300+ pound
Silverback gorilla.

Only one difference between Maxx and the Silverback:

This guy loves his belly rubs like nobody’s business.