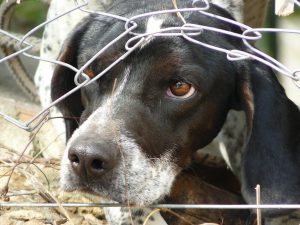 Information released by Police Scotland showed that 27 incidents of animal cruelty occurred in Aberdeen’s policing areas since 2018. Meanwhile, 48 incidents were recorded in Aberdeenshire.

As of December 4, the majority of these (41) were of cruelty to dogs, but A Division also recorded abuse of livestock and 12 wild animals.

Of the Aberdeen cases, 15 of 27 alleged crimes were “detected” or concluded by police, although the national force does not hold information about the number of arrests. In the Shire, 17 of the 48 cases resulted in detection.

The large number of cases was slammed by Scottish Conservative MSP Maurice Golden.

Mr Golden campaigned to end the use of shock collars on dogs after the Scottish Government failed to ban them in 2018 despite earlier promises.

He successfully fought to amend new legislation so there will be a review on their legality.

The Scottish Parliament passed the Animals and Wildlife (Penalties, Protections and Powers) (Scotland) Act this year, which will give courts the ability to impose unlimited fines and jail sentences of up to five years for the worst cases of animal cruelty.

Mr Golden said: “These figures reveal an alarming high number of animals who are being mistreated right across the north east.

“Increased sentencing powers will not only ensure those guilty of this are punished severely, but it should also deter others from embarking on this behaviour.

“Additionally, fixed-penalty notices will give authorities a greater degree of flexibility to determine punishments.

“But we do need to see an improvement in the disparity between the number of fixed-penalty notices that are issued and the number that remain unpaid.

“I also firmly believe electric shock collars are harmful devices and have worked with the Dogs’ Trust to end their use.”

As well as the review amendment, the Scottish Conservatives successfully included the new Finn’s Law will prevent those who attack or injure service animals in the course of their duties from claiming they did so in self-defence.

Police Scotland’s data controller said the police in Scotland “have the power to arrest an individual where there is sufficient evidence to support a charge against them, either for a common law crime or for a statutory offence where the statute empowers the police to arrest any person contravening its provisions.”