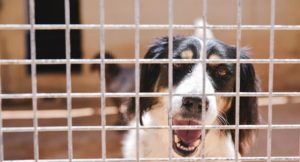 The voluntary organisation Gozo SPCA is still waiting for a 24/7 Gozitan Animal Welfare service to be set up, as the Gozo Ministry awaits approval from Office of the Prime Minister.

Gozo SPCA rescues and shelters abandoned and stray animals, and work closely with Animal Welfare Gozo. With summer approaching, their work load increases. Speaking to The Malta Independent, the Gozo SPCA explained that with summer hours, there will only be emergency cover in the morning, Monday to Friday.

This is not the first time the newsroom was in contact with the animal rescue organisation, when back in October 2019, the Gozo SPCA  made a public call for Malta’s sister island to have a 24/7 Animal Welfare service.

“In total, there are only 25 hours a week when there is an emergency cover for stray and abandoned animals. So far this year, we already took in 80 animals and right now we have no more space to take in more dogs, but together with Animal Welfare we are trying our best.”

Without a 24/7 emergency service, there is no vet open or animal ambulance available 24/7 in Gozo.

This newsroom contacted Gozo Minister Clint Camilleri regarding the issue and whether or not Gozo will be seeing such a 24/7 service set up. Minister Camilleri provided a short reply. “Work on this service is at a very advanced stage. Announcements will be made in due course.”

Back in October, then Gozo Minister Justyne Caruana informed this newsroom that the Ministry for Gozo was awaiting approval from The Office of the Prime Minister to allow Animal Welfare in Gozo to operate on a shift basis so that animal welfare services can be offered 24/7 in Gozo. Since this statement was made, eight full months have passed and still the Gozo SPCA struggles to make ends meet and protect all abandoned and stray animals.