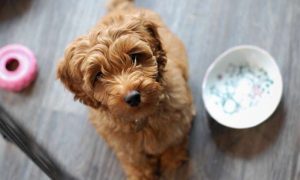 The creator of the Australian labradoodle set out to mix poodles and Labrador retrievers to develop a hypoallergic service dog. But, according to a new study by Elaine Ostrander at the National Institutes of Health, published September 10th in PLOS Genetics, the breed that developed from that cross is primarily poodle.

There are about 350 recognized dog breeds in the world today, many resulting from intense breeding programs that unintentionally created dogs at high risk for certain health problems. These high rates of disease were one motivating factor behind crossing two purebred dogs to create so-called “designer breeds,” coupled with the desire to combine positive traits from the parental breeds. The Australian labradoodle is one of the most popular designer breeds, and so researchers analyzed genetic variations at more than 150,000 locations along its genome to understand how the breed has developed over the past 31 years. The findings show that genetically, the Australian labradoodle is mostly poodle, with smaller genetic contributions from the Labrador retriever and certain types of spaniel. Breeders appear to have preferentially chosen dogs with a poodle-like coat, which is associated with what many people consider hypoallergenicity, and without strong preference for specific traits from Labrador retrievers.

The new study demonstrates that changes in very few genes, over a small number of generations, can define a new dog breed. The results of this genetic study may also inform the development of genetic tests that can be incorporated into thoughtful breeding programs to avoid some of the health problems that commonly afflict Australian labradoodles. Currently, Australian labradoodles supporters are lobbying to have the breed officially recognized by an international registry.