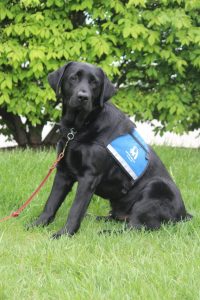 One of the most common struggles for people living with autism spectrum disorder is socializing with others. Previous research has shown that dogs can serve as social catalysts, and children with autism may feel more comfortable speaking and socializing in the presence of a therapy dog. However, the answer may not be that simple.

In a new study, researchers at the University of Missouri found that while therapy dogs may benefit some children on the autism spectrum, they should not be seen as a one-size-fits-all answer for children struggling with social communication.

“The autism spectrum is incredibly broad, so what might be an effective intervention technique for one child might not necessarily be the best option for another,” Jorgenson said. “With so many different options available, this research can help parents make the best choices for their child.”

Therapy dogs go through extensive training to provide affection and comfort with a calming influence. Jorgenson recommends parents of children with autism speak with their doctor to ensure the benefits that therapy dogs provide will align with the reasons for wanting one and not assume that a therapy dog will benefit every child equally.

Research has also shown that dogs can help reduce stress. As children on the autism spectrum tend to have higher rates of anxiety and depression compared to children who are developing typically, therapy dogs can potentially be used to help them feel more comfortable in social environments.

“Petting a dog can raise your oxytocin levels, the same hormone that gets released when you hug a loved one,” Jorgenson said. “There’s a long way to go in figuring out how dogs can best support children on the autism spectrum, but this research can help identify which kids might benefit the most.”

“Evaluating preference for and reinforcing efficacy of a therapy dog to increase verbal statements” was recently published in Journal of Applied Behavior Analysis. Funding was provided by the Organization for Autism Research. Rhett, the Thompson Center’s therapy dog, was trained and provided by Duo Dogs, Inc. The content is solely the responsibility of the author and does not necessarily represent the official views of the funding agencies.