Benefits From Your Pet 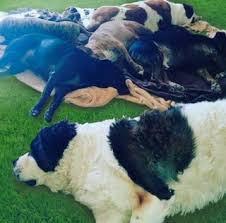 In honor of National Dog Day, celebrated on August 26th, 2020 I wanted to discuss the positive mental health benefits I have experienced from sharing my life with animals. I had a dog named Buffy as a companion when I was a child, she suffered a horrible death on my 12th birthday and because my Mom was “not an animal person” we never had another animal in the house again. I had no relatives that had pets and do not recall having any other close contacts with animals as a child. I had no idea what wonderous creature’s pets were at the time and how much help they would provide me in my adult life.

When I was 18 my older sister moved out and got herself a Rottweiler puppy that she named Caliber. I fell in love immediately and was amazed that this little dog had so much personality of her own! She was hilarious and adorable and was willing to hand out love every waking moment. I would visit her as often as I could because being around her brightened my not so happy life. Caliber grew to be one of the largest dogs I have ever know, taller than most male Rottie’s and weighed 200 pounds. She was as gentle as a Mom with a newborn, yet very protective of my sister if strangers were around. Caliber also loved giant pieces of bubblegum and would chew on them for hours at a time. She introduced me to the love between humans and animals and I will never forget her.

I got my first dog of my own when I was 24. She was an Alaskan Samoyed named Piggy. My ex-husband bought her from a pet store as a sorry gift for cheating on me. I had no idea how to be an adequate pet Mom but tried my best. Eight months later I adopted her brother Bubba from a county kill shelter. My ex-husband had relocated me 300 miles away from my entire family and left me at a lake house, while he continued to work in Chicago. I was alone, except for the constant companionship of my two best friends. We did everything together. They provided me with love and support, they listened to me talk about everything that was on my mind and never interrupted! Piggy and Bubba’s eyes would be staring at me every morning when I opened mine, their tails wagging, eager to give me love and affection. I was alone, yet not alone. I needed them more than they needed me, and they made my life bearable. Sadly, just to punish me, my ex kept them in the divorce.

My current husband is an avid animal lover and comes from a home that was the neighborhood dog rescue. Before I got involved in a serious relationship with him, he brought me home to meet his older ailing dog Foxy, her approval was required, which I received by getting many kisses and snuggles. This was demanded because she despised his previous wife and he did not listen to her disdain. In our 22 years as a couple we have shared our lives with 9 dogs and 11 cats.

Our first group of dogs we called The Three Musketeers. Payton and Marley were our Newfoundland litter mates that were born in 2003. If you have never met a Newfoundland dog you really need too, because their personality and temperament is the closest thing you will ever find comparable to a human in a dog. We rescued Max a month after getting the twins because his owners were going to have him put to sleep since they were moving. Max opened my heart to dog rescue. I am a failure at it because any dog that enters my home never leaves. The Newfies had terrible health issues and suffered much of their lives. Marley passed away from congestive heart failure at 7 and Payton suffered from laryngeal paralysis and died at the age of 10. Those two taught me the true meaning of unconditional love. For many years, my purpose was to care for their medical issues, give them medication 2 or 3 times a day, hand feed Payton for years, assist a 160-pound dog with getting up and walking. While I was caring for their needs, I had no time to think about my past life experiences and the things that caused me pain. I was wrapped up in the enormous amount of love I felt for them and my only job was trying to make their lives more comfortable.The other 6 dogs have come into our lives over the years as rescues in one way or another. The Universe aligned our paths at perfect moments, making it possible for each of us to save one another when needed. Having this many at one time is not possible for everyone. My husband and I work from home so have the time to dedicate to them, we also have the space they need. I am going to save their stories for a different day or else this story will be 10 pages long, my babies names are Joe, Bernice, Paulie, Ringo, Fred and Maya and I love them as much as I would love a child I gave birth to.

My pets have always helped me deal with my mental health issues in a positive light. During extreme times of loneliness in my life they have been the best friends a person could ever want. They love unconditionally, are more forgiving then any person you will ever know, don’t care if you have had the same clothes on for 3 days and are okay if you just want to sit in silence for days. The constant feeling of love gives you an enormous self-esteem boost. The only requirements they have are that you love them back, give them attention and provide food, water and exercise. Taking care of their health needs is also especially important. Providing these things to the ones you love gives you a sense of purpose and keeps you motivated even when you do not want to be motivated for yourself. A walk alone may not sound like the greatest thing to do when you are feeling down, but you are going to do it when your best friend will not stop staring at their leash.

I sound like an infomercial, trying to sell you on the idea of getting a dog. Do not just take my word for it. Studies have shown that owning a dog lowers stress level. Cortisol is a hormone activated by stress, being around animals can decrease cortisol levels. Animal assisted therapy has become a treatment for depression and other mood disorders. Other studies have shown that being around dogs can alleviate the inability to feel pleasure. Children with psychiatric disorders showed noticeable improvements in mood after just one therapy session with a dog and AIDS patients were less likely to be depressed if they owned pets. Therapy dogs are used to visit nursing homes and patients in hospitals in order to brighten people’s days.

Owning a dog is not always possible. If you can not it is a great idea to volunteer at shelters. Spending an hour a week with a dog can change your life. When you are feeling down just looking at animal videos and pictures can lift your spirits. If you have not had the pleasure of sharing your life with a pet and have considered it, I highly recommend it. I can think of no greater joy that life has to offer besides Motherhood. I am dedicating my article to dogs because of National dog day. I am also the Mom to 8 wonderful cats and will write about all the joys of being a slave to a cat in the near future.