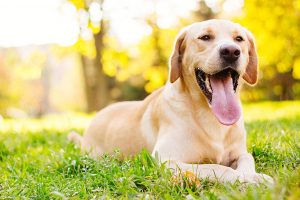 If you own a dog or are in a neighborhood that has dogs, this week is one you may want to pay attention to.

We have two dogs and they are always a good first alert for anyone who walks on to our property. They are as nice as can be. However, we are very cautious when others come to the house and make sure that we keep them either in the house or on a leash when we have company.

Perhaps this week is a good one to remind your family that not everyone knows how to be comfortable and calm around dogs? I think people have are nervous around bigger dogs. Most of the large dogs that I know have a big bark, but not much bite. But it is better to be safe than sorry.

This year’s campaign is called “Be Alert — Prevent the Bite.”

The natural world—and the animals that live in it—can now exist only beyond the boundaries of the massive swaths of land people have claimed for themselves.

The global coronavirus lockdown, however, has suddenly made the sight of humans scarce. With millions of people mostly shuttered up indoors, the animal kingdom is waking up to the fact that its stomping grounds have expanded dramatically in some cases—and such a quick and radical change in human behavior has naturally led to an equally rapid shift in the behavior of the animals living among and around them.

Reports of strange behaviors, odd sightings, and straight-up neighborhood takeovers are seeping out of every corner of the world, from India and the Far East to Europe, Latin America, and the United States. Some instances are obvious—animals are simply wandering into and exploring areas that humans previously occupied. In other cases, animals that depended on humans for food are now seeking out other sources.

Others are more indirect, like massive spikes in requests for animal adoptions and fostering opportunities in some cities. In a few more sinister and upsetting cases, humans are using the crisis as a chance to exploit animals while the world’s attention is fixed on the virus.