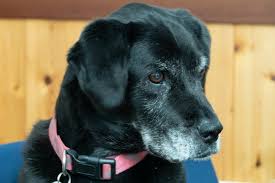 A beloved U.S. Coast Guard comfort dog has died after more than a decade on the job in Michigan’s Upper Peninsula.

Senior Chief Morale Dog Onyx was 13.5 years old when she died surrounded by members of her crew and loved ones at U.S. Coast Guard Station St. Ignace on Tuesday, June 16.

Onyx served from July 2008 to June 2020, diligently serving for 4,356 days of consecutive duty “without relief or complaint, to ensure the morale of the crew remained high. Being ever mindful of the recruiting mission and the need to share the story of the United States Coast Guard,” according to Facebook tribute posted Wednesday.

Throughout her years of service, Onyx was on hand for a slew of missions involving aid to navigation, search and rescue, coastal security, ice rescue and recreational boating safety patrols.

But perhaps her biggest contributions came through her attendance at multiple safety demonstrations at area schools or National Boating Safety Week open houses where she helped educate thousands about the importance of wearing a life jacket.

Onyx also patrolled the Coast Guard property in St. Ignace, keeping watch for intruding geese and mink, and was the lead character in a children’s book series read by more than 100,000 people.

“It will serve as a teaching tool for children and adults for many years to come,” a Coast Guard statement reads. “Onyx’s diligence, perseverance and devotion to duty are most heartily commended and are in keeping with the highest traditions of the United States Coast Guard.”

“As the sun sets on Onyx and her many adventures, her legacy will continue to inspire all because she was a Hero, a Watchful Protector, a Guardian of the Straits of Mackinac. Onyx was a Coast Guard Morale Dog and the Lord of the Lakes.”

RIP Onyx. Thank you for your service.