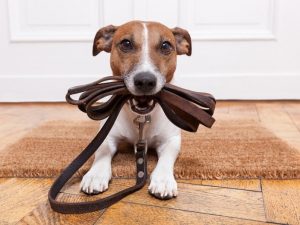 Like most pet parents, Scott Jones considers his three dogs, a 2-year-old Yorkie and two older Malteses, to be his children. So much so that his wife, Elisa, would often tell the trio to “go with daddy” when they left the house for dog daycare.

The couple, who now own Dogtopia of Stamford, have had their dogs in a number of daycare facilities over the years, yet they often ran into the same problem at each one: transparency.

“We’ve had our dogs in daycares for years,” Jones said in an interview with Patch, “and we came across Dogtopia while looking for a better option for our dogs that provided transparency.”

According to Jones, most dog daycare facilities did not offer them any kind of look behind the scenes, leaving them yearning for a greater sense of comfort about leaving their beloved pets for hours each day.

This led them to Dogtopia, a franchise with over 100 locations across the country. Jones said he and his wife were immediately drawn to the facility due to their transparent nature; they were able to tour behind the scenes and see all the facilities upfront, rather than simply dropping their dogs off at the lobby.

“That led us to think we should just do this,” Jones said, “we should just buy one and provide that [transparency] for other pet parents.”

That ambition brought the couple to the city’s downtown area, where Dogtopia of Stamford opened in the historic Stamford Post Office building, located at 421 Atlantic Street, on Aug. 1.

“There are so many apartment buildings downtown, but there’s not a lot of dog parks that allow dogs to play,” Jones said, “and there’s definitely nothing that allows them in an open play environment…so we saw a great opportunity to provide that for the pet parents.”

Now the customers-turned-owners are able to provide that same transparency for other area pet parents, offering tours of their spa, food, boarding, play and other facilities located beyond the lobby door.

“We’re upfront about everything,” Jones said. “There’s nothing we don’t show our pet parents.”

In addition to showing off the facility, the owners will also set up meet and greets with each pet parent and conduct evaluations for each prospective pet.

“Not every dog is ready for daycare,” Jones said, “so we do an evaluation on the dogs to make sure that they’re comfortable with people, that they’re comfortable with going into a crate, because we give the dogs a break from 12 [p.m.] to 2 [p.m.]…we look at their comfort with other dogs, and then we look at their comfort in a play environment.” The facility also places heavy emphasis on safety for its canine clientele.

“The design of our facility has the dogs’ needs in mind,” Jones said. “We have rubber flooring, which is good for the dogs’ paws and their joints. It’s not so hard on them, and it’s a non-slip surface.”

Jones said the facility is frequently cleaned, however they make a point not to use any harsh chemicals and ensure all cleaning products used are pet-friendly. Even the facility’s canine coaches receive over 100 hours of training, both online and in person, and must complete three certification processes.

“We have very high standards of what we expect from our canine coaches,” Jones said, “because we have a responsibility for people’s furry children.”

While many are at home with their pets more frequently this year due to the spread of the coronavirus, Jones emphasizes that dog daycare is still an important service and is necessary to provide dogs with three things they need: exercise, education and socialization.

“The socialization allows them interaction with other dogs,” Jones said. “Other dogs can actually train dogs better than trainers do, just because they teach each other their body language and signals, and how to interpret them.”

While the virus, also referred to as COVID-19, did delay the facility from opening on its original planned opening date in May, Jones said they were able to adjust to other requirements with relative ease.

The facility’s location also offers a unique upside in that it allows pet parents to pull in and drop off their dog, as opposed to having to come inside to drop them off, due to lack of available parking. The also have an app that informs the facility when pet parents are coming to drop off or pick up their dog.

For Jones, any extra work is worthwhile, as he feels Dogtopia of Stamford provides “a great service” that benefits dogs and their pet parents.

He also emphasized the work done through the Dogtopia Foundation,  which “enables dogs to positively change our world” through initiatives such as “funding service dog training for military veterans returning home” and providing support for “innovative youth literacy programs,” among other initiatives.

“The ability to work and play with dogs, but at the same time give back to the community,” Jones said, “it’s hard to ask for anything better.”