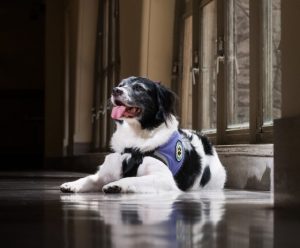 Penny the comfort therapy dog is already a hero to so many victims of domestic violence and abuse, but now she’s nominated and could be recognized nationally for her good work.

She is part of the Allegheny County District Attorney’s Office team and works at Crisis Center North.

Penny has been bringing comfort for years to the local women, children and families who are going through the court system as the victims of domestic abuse.

In fact, the DA’s office says because of her, they now have a second comfort dog for Crisis Center North and other therapy dog throughout Allegheny County.

Now Penny is nominated for the 2020 American Humane Hero Awards.

If she wins, not only will she be featured in an upcoming Hallmark movie, she’ll also bring national recognition to the Crisis Center North.