How Therapy Dogs Can Help 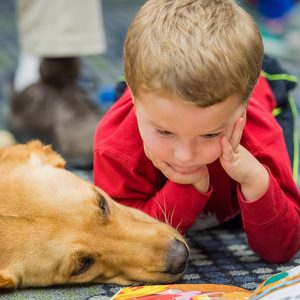 Dogs are wonderful creatures, and they have always been man’s best friend, but nowadays they can be used as therapy animals to aid a variety of people with emotional or behavioral issues, including mental illnesses, anxiety, and even panic attacks. Therapy dogs can help those in need of support and companionship when other techniques fail to work. Read on and take a look at the fascinating world of animal therapy and how dogs are on the leading edge of this innovative therapy. The definition of “at-risk” can often be described as being quite broad. However, the basic definition is children who struggle to become successful adults. This could be due to many factors such as abuse, drug use, criminal activities, mental illnesses, or even very poor grades, etc. As stated, it is a board umbrella and these types of children could often be viewed as juveniles. However, they can go for being “at-risk” to accepted members of adult-hood.

Therapy dogs can do several things simply by existing and being around people. The thing with dogs is that they can improve your mood and even help with mental illnesses such as that of depression and anxiety. Regarding depression, it is said that simply looking into their eyes of a dog can help increase dopamine and other such chemicals. These chemicals are seen as natural antidepressants.

Regarding anxiety, playing with a dog, or even being around one can make people feel calm. A dog listens and cares which is great for people who lack that in their life. This is why a therapy dog would work well with at-risk children.

And a dog can also add a sense of responsibility in that a person may what to look after them. Such as when there is a thunderstorm, and children know that dogs hate those. So, they may help the dog out. Another important aspect of using a therapy dog with at-risk children is that dogs provide social support. Support is an important factor in the upbringing of children and if they lack it this may lead to them acting out, getting into trouble, and not being able to prepare for adulthood. Dogs can help people feel connected to a caring, and living creature that listens to their problems without judgment.By being around such an animal one can relax, think things through, and feel loved. This calmness can also have positive effects on the body. It is said that being in the presence of a therapy dog can improve the body such as the immune system, and cardiovascular functioning as well as controlling blood pressure. This is what being calm does and dogs can provide it.

Plus, if the at-risk child is calm, they can study better and improve their grade. Therapy dogs have a way to remove stress and give a chance for people to look within themselves to see what is up. Or to simply escape and clear their heads, mentally. Therapy dogs can help with responsibility and providing companionship.