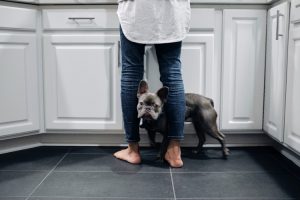 The Wahoo City Council amended a request from a local woman who asked to keep two dogs as support animals after authorities had required her to give them up.

The council made their decision during the May 14 meeting, which was held virtually via a teleconferencing platform. Mary Durham, who requested “reasonable accommodation” by a person with a disability or handicap for a support animal, was represented by her attorney, April Cover.

“It is these animals that the couple is so attached to,” said Cover. “They’re part of their family.”

However, Lilly had been declared a potentially dangerous dog previously by the Wahoo City Council and had ordered that Durham was an irresponsible pet owner and was ordered to remove the dogs from the residence, which was not done. Also, since the reasonable accommodation request was made, the police department cited Durham on March 23 for an incident where her dog was running at large and approached a person in a menacing manner.

The matter was considered by the reviewing authority, which included Mayor Jerry Johnson and City Administrator Melissa Harrell. The reviewing authority recommended that Durham not be allowed to keep the dogs based on her history of noncompliance and past incidents with her dogs. The authority also recommended Durham chose a breed of animal like a cat or a toy or nonsporting breed dog, which would have to be approved by Saunders County Lost Pets.

Council Member Karen Boop said she knows Durham and understands that the dogs are companions. However, she felt it was best for the dogs to find them another home, given their past history.

“I’m uncomfortable with extending contingencies on this,” she added.

Boop made a motion to follow the reviewing authority’s recommendations to rehome both dogs, and suggested that Durham adopt a small dog from Saunders County Lost Pets as a therapeutic animal. She amended the motion to allow Durham to own no more than two dogs and suggested Durham seek training assistance with the new animals.